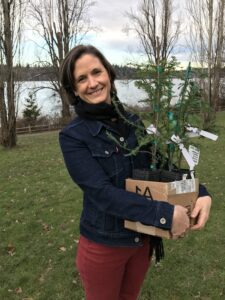 Alaine Sommargren, Natural Resource Manager for Mercer Island Parks & Recreation Department, took delivery of five redwood saplings for the City of Mercer Island on January 11, 2017. This photo overlooks the site in Luther Burbank Park where these trees will be planted. 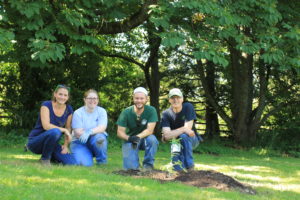 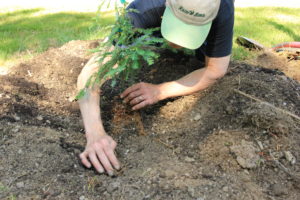 Paul West is carefully spreading the roots of the redwood sapling cloned from the Kisling tree to ensure the tree is planted at the correct depth. 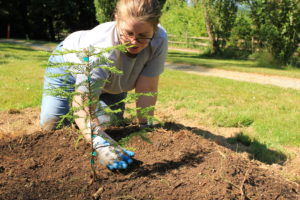 The redwood sapling cloned from the Barrett tree is tucked in after planting by Hannah Van Pelt. 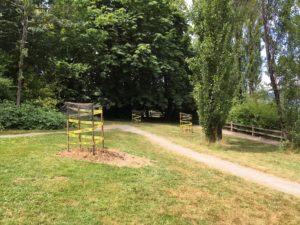 After planting, the small trees are mulched and surrounded by stakes to create a protective space around them. 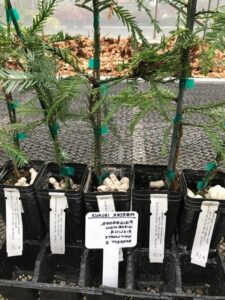