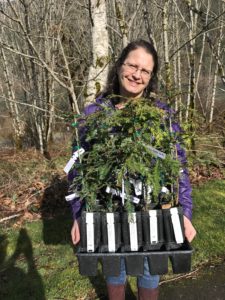 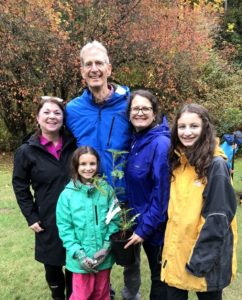 Three Climate Justice Ambassadors from Plant for the Planet get ready to plant a redwood sapling at Landsburg Park. 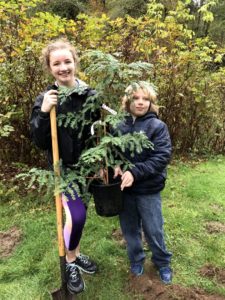 Two more Climate Justice Ambassadors are ready to plant this redwood, a giant-to-be. 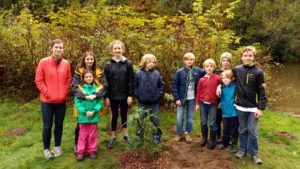 Eight Climate Justice Ambassadors from Plant for the Planet, plus Emily (in yellow coat) and Sarah (in green coat) LaBarge, all of whom planted redwoods at Landsburg Park on Oct 22, 2017.

Here’s the group that assembled at Landsburg Park on Sunday, Oct 22, 2017 to plant five redwoods. These are mostly kids from Plant for the Planet and their parents, but also includes Amy LaBarge and her two daughters, Emily (in yellow coat) and Sarah (in green coat). 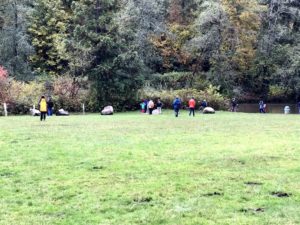 Here’s a look at all five trees, each planted near one of the engraved rocks that can be seen in the distance and in some of the next photos taken before the trees were planted. 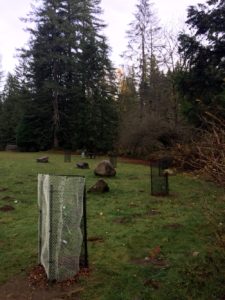 Photo courtesy of Julie Swanson, taken a few weeks later after the new protective fencing was placed around the five redwood trees. 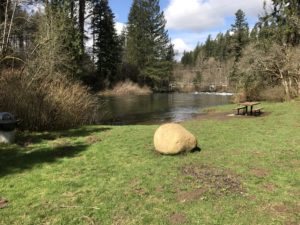 Landsburg Park in the spring of 2017 before the redwoods were planted in Oct 2017. This was one of three places in the Cedar River Watershed under consideration for planting a grove of coast redwoods. 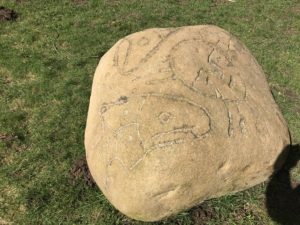 When you look more closely at the rocks in Landsburg Park, you can see the engravings. 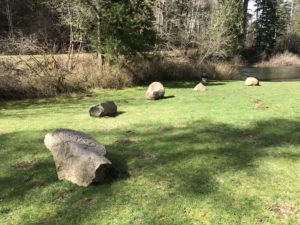 There are five such engraved rocks at Landsburg Park.

View of Landsburg Park looking from the river. It’s obvious that tall trees like to live here. 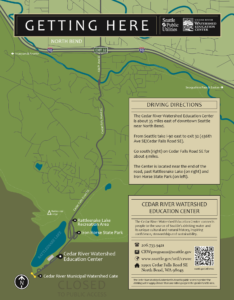