Ten coast redwood saplings were delivered to Issaquah on January 24, 2017. 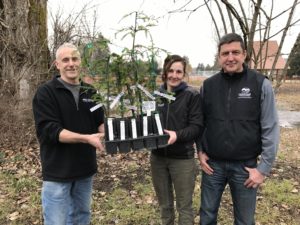 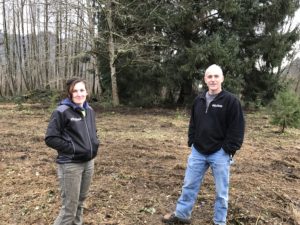 Emily Meteer and Matt Mechler, Open Space Stewards for Issaquah Parks, stand at the site where the grove of redwoods will be planted. 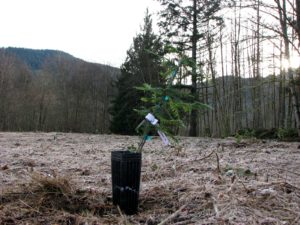 Redwood sapling waiting to be planted at Park Pointe. 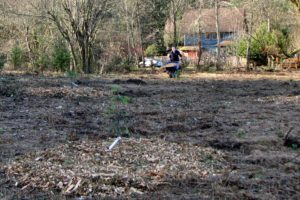 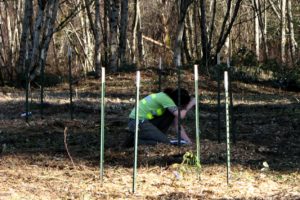 Mulched redwood saplings in a grove with fencing to protect them from deer and other herbivores. 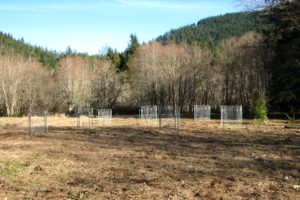 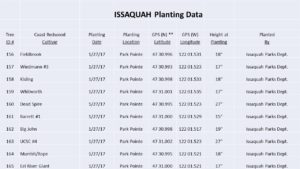 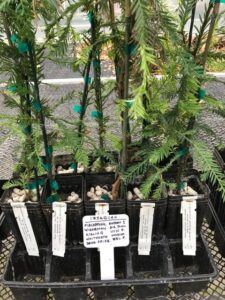