Five coast redwood saplings were delivered to Gig Harbor on January 19, 2017, and 20 more will be delivered in April. 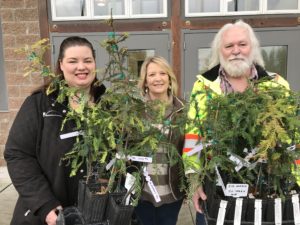 Katrina Knutson, left, Terri Reed, center, and Dan Lilley, City of Gig Harbor Public Works employees, take delivery of 25 redwood saplings on January 19, 2017. Five of the saplings will be planted in January. The remaining 20 will be planted on Arbor Day in April with the help of Gig Harbor community volunteers. 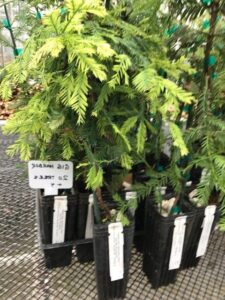